The great electronic and digital revolution is radically changing our lives and our cities. In almost every major city in Europe and in many other parts of the world, great changes are taking place, mainly in the architecture of buildings as well as in the infrastructure of traffic systems – the latter being especially affected and aided by new technologies such as electric cars and applied robotics.

In large European cities, cars have been ostracized from city centres and main squares, converting them to pedestrian-only areas. It is time for Athens to follow this path and progressively move towards the implementation of projects that will upgrade its city centre, namely Syntagma Square and the surrounding area where the Hellenic Parliament is located. Our office, having the previous experience of two architectural competitions announced by EAXA (the company of archaeological sites of Athens), where our proposal was ranked first in the 1999 competition, has now proceeded to an in-depth study of pedestrianizing this area.

Today’s state of Syntagma Square with the construction of the Athens metro system and the creation of the Syntagma Metro Station, the square turned from a recreation area, into a transit point through to the Ermou pedestrian street as well as towards the surrounding urban structure. Even though two architectural competitions were conducted by the Committee for the Integration of Archaeological Sites a few years ago, and the square was restructured but the issue of pedestrian traffic between the surrounding urban environment and the metro and was not effectively resolved.

This has resulted in a current state where, especially on the side of Filellinon Street towards the Ermou pedestrian street, we notice a confusing cluster and congestion of vehicles, public transport, cars, etc. all passing through an inefficient light signal. Pedestrians are thus forced to cross, in record time, a street to safely reach the opposite sidewalk of Ermou street.

This current situation is not merely an obstacle for everybody, but essentially prevents people with special needs as well as parents with young children from crossing this lengthy route without the fear of being injured by passing vehicles. In addition to this, the pedestrianized street of Ermou at its one end narrows down extensively, to the point where the pavement is packed with tables from surrounding patisseries and cafes, preventing citizens from easily passing through.
In light of all these concerns that have occupied our city planners, our public services and our industry, our office team, which has also participated in the previous two architectural competitions of EAXA as mentioned above, has recently examined the issue and proposes a solution that is analyzed in our updated version of the 2018 proposal.

This study does not interfere with the requested proposals of the architectural competition published on 7th of February but goes beyond the limits set by its specifications, contributing to the effort to upgrade the heart of Athens.
Our proposal has not been funded by any organization and has been notarized in 2018. 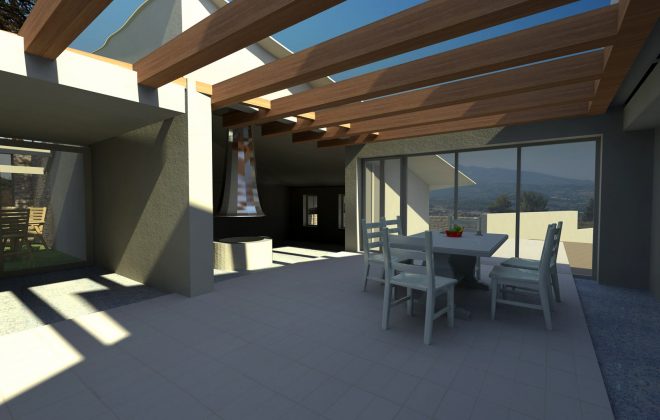 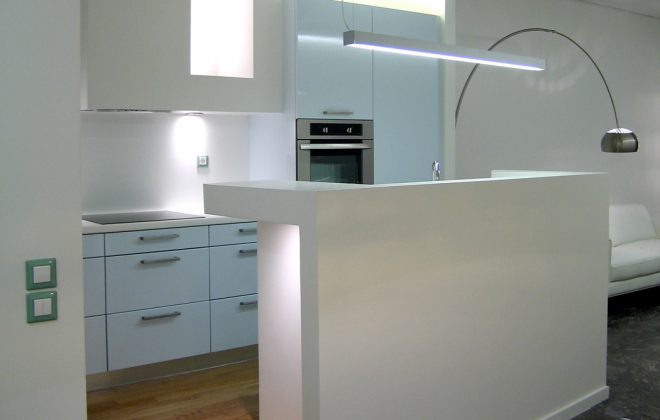 A conservative small 50's flat is remodeled into an open plan student den. The lines…

Inspired by the magnificent view of the National Gardens of Athens, we have decided to…